American Grassfed Association defines grassfed animals as those that have eaten nothing but grass and forage from weaning to harvest, which by definition also means grass and forage finishing. That means no grain, EVER! Also, under AGA's standards, grassfed animals have not been raised in confinement, and have never been fed antibiotics or growth hormones. If a grassfed animal is sick or injured and absolutely needs antibiotic intervention, that animal is marked with an ear tag and taken out of our grassfed program. In addition, all AGA-Certified Producers are American family farms and their livestock is born and raised in the U.S.

* Healthy for animals. Cattle, goats, sheep, and bison evolved to eat grass and not much else. Feeding them a diet rich in grains creates an acidic environment in their digestive systems, leading to disease and the need for treatment with antibiotics.

A little bit about the breed…

“The iconic breed of cattle known as Texas Longhorn evolved from select Iberian cattle that early Spanish explorers introduced to the New World from Spain and Portugal in the late 15th and early 16th centuries. The cattle were brought initially to the Caribbean islands from where they were introduced into Mexico. Over the next two centuries, cattle numbers and ranching increased moving north into present day Texas and across the southwestern U.S., while others moved south into Columbia and Venezuela. The cattle were used as a source of food, leather, tallow, and oxen labor, playing a key role in early European settlements in the “New World.” As Spanish missions were settled and later abandoned due to conflicts, raids and diseases that killed indigenous peoples as well, the cattle roamed freely, unencumbered by man in the wild open spaces, eventually becoming America’s original cattle breed.

In the 1800s Anglo-European settlers arrived in Texas. They gathered the feral cattle for beef, rawhide and oxen labor while introducing other fattier Indian and European cattle, which they preferred for tallow production. Texas Longhorns fell out of favor in the beef industry because their horns did not fit well into rail cars and later into feedlots. By the end of the 19th century, following extensive cross-breeding and numbers reduction due to cattle drives, longhorn populations were seriously endangered.

Texas Longhorn cattle range in weight from 800 to 1200 pounds depending on the land on which they are raised. The Texas Longhorn is one of the most majestic and ecological cattle breeds today, known for their characteristic lateral, twisty horns that developed as a defense from predators. They are recognized for their healthful beef characteristics; their ability to thrive in harsh, marginal environments with little maintenance from humans; and the economic advantage to raising them due to their naturally evolved heartiness including disease resistance and fertility. Beef from the Texas Longhorn has a robust flavor, that echoes their wild heritage, with somewhat of a sweet taste.

Despite efforts to conserve Texas Longhorns, as of 2015 their numbers are still seriously at risk due to continued crossbreeding, herd reductions, retiring ranchers, and lack of public awareness of Heritage Texas Longhorn as a healthy edible beef choice. The Livestock Conservancy has classified historically correct, heritage Texas Longhorn Cattle (CTLR) as “Critically Endangered” — facing near extinction. According to a 2013 census by the Livestock Conservancy, conducted by CTLR, the global population of these purebred heritage longhorns may be just over 3,000 animals, with approximately 1,200 longhorns in the U.S.” - https://www.slowfoodusa.org/ark-item/heritage-texas-longhorn 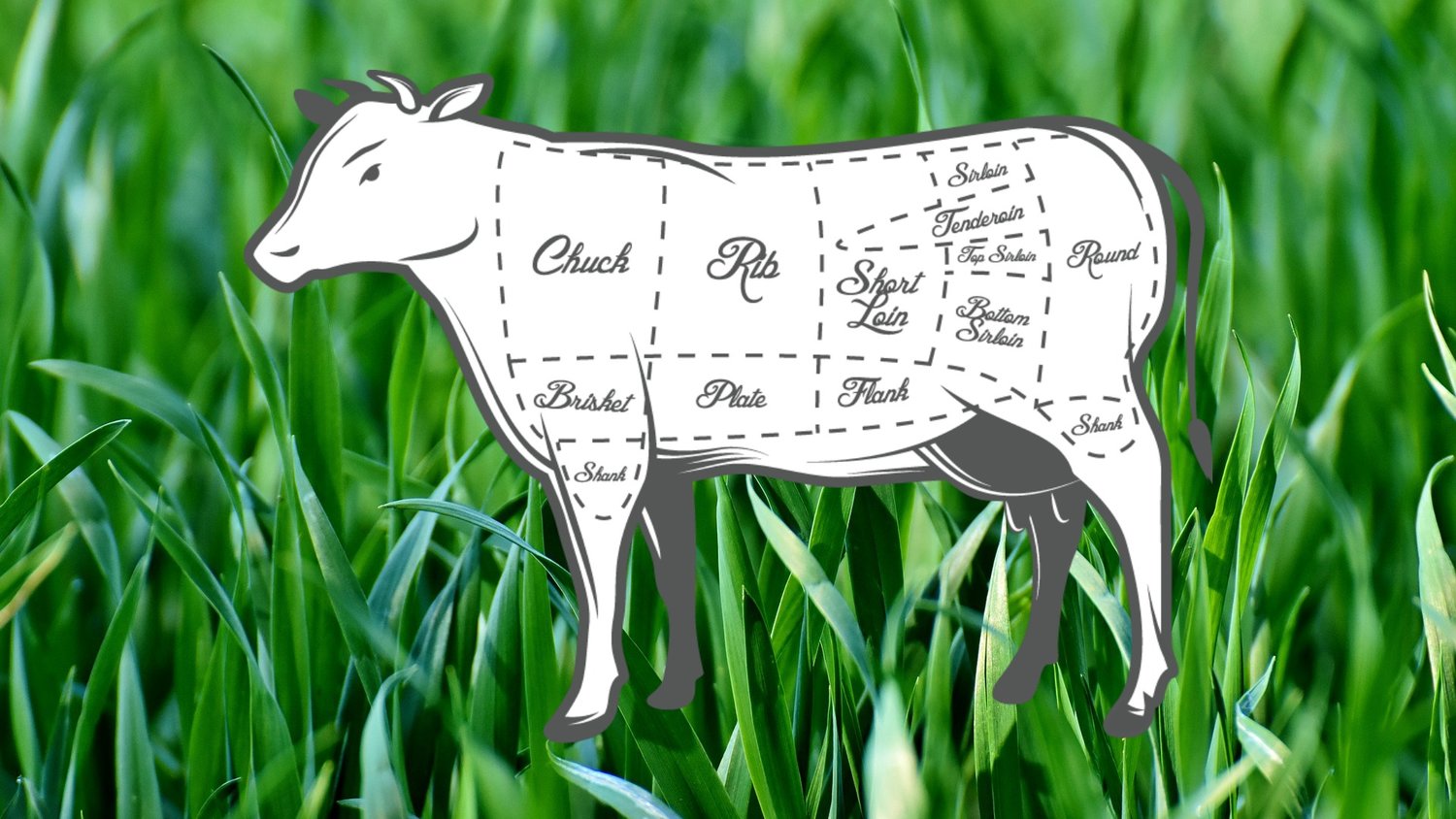 Approximately 363lbs of meat. That’s about 1 pound of beef per day for a year! Whole beeves are customizable. We will email you a cut sheet to fill out once we have received your deposit.

Having a difficult time trying to decide what cuts you want, our butcher offers a "Standard Whole Cut" Package. The following is what you can expect in a whole beef:

Offal Notice: Offal must be requested at time of slaughter by the grower. Please let us know if you would like any of the offal.  Our butcher cannot provide it if it is requested too late.

Approximately 180lbs of meat. Half beeves are customizable. We will email you a cut sheet to fill out once we have received your deposit.

Quarter/Split Side of beef is restricted to our "Standard Quarter Cut" Package. Approximately 90lbs of meat.

Our butcher does not allow custom cut orders for any bulk beef orders smaller than a half/side of beef and does not allow substitutions for this package. The following is what you can expect in a quarter/split side of beef:

Offal Notice:
Offal must be requested at time of slaughter by the grower. Please let us know if you would like any of the offal.  Our butcher cannot provide it if it is requested too late.

Roughly 45lbs, mixed package that may include a variety of steaks, roast, ground and other types of cuts.

Premier Bay Area equine retirement community for your horse. Open pastures to roam. Keep him close to you in the Bay Area for frequent visits while he lives his retired years grazing. Full care and specialty services available.